"My goal is not only to search for clarity and simplicity in the convoluted, it is rather in the end an invitation to all of us to engage with opposing realms and spaces and to get in touch, inside as well as outside, individually or even as a collective."

In Danni Pantel's work, the interplay of form, color and space and the relationship of these elements are always closely linked to her inner life. This involves an inner and outer dynamic – a balance, but also the endurance of tension. In the face of her large-scale paintings and her sculptures, whose color scale ranges from sharply contrasting complementary colors to harmoniously corresponding pastel tones, it becomes obvious that Pantel is not interested in creating depth in her works; on the contrary, everything is meant to become visible, to take place in the foreground. With each step the viewer approaches the canvas, the structure becomes visible in the materiality of the forms and lines, which from a distance or on the screen still seem smooth and defined. At the same time, her work is always understood as a gentle but definite invitation to enter precisely this space of tension between apparent perfection and vulnerability and to open oneself to introspection.

"I don't paint what I see," says artist Danni Pantel, "but what I feel." Pantel's paintings are not a representation of the outside world. Rather, they resist the representation of the concrete. In a spontaneous-gestural process, the inner world manifests itself in bold colors on the large-format canvas. Pantel paints with full physical effort, pouring varnish onto canvases lying on the floor. Streaks and supposed flaws become visible and, in a second step, are fixed with epoxy resin, even more so reshaped. The materiality of the paint, the layers that stand out on the canvas, speak for themselves. The painting is pure surface and refers to nothing. Only in the process of reception do the viewers give meaning to what is depicted. In the tradition of the avant-garde, Pantel makes chance the principle of composition. What is sought is an undisguised view of colors and forms that are to be captured before they are sifted through the grid of the cultural code. The artist knows that this great production-aesthetic utopia of the avant-gardes remains an approximation. The cluster of associations that her pictorial content releases is correspondingly large. The organic forms that become visible on the canvas are at one time reminiscent of body fragments - breasts or male genitalia, for example - and at other times of inner landscapes that approach the unconscious. When Danni Pantel inscribes herself in the tradition of abstract modernism, one must admittedly also consider the ironic refraction of the grand expressive gesture that is natural for an artist of her generation. When Pantel expands her painting intermedially by choosing poetic-situationist titles, it becomes clear that the pathos of yesteryear has had its day. "Panther blues in Cisternino," for instance, or "Ciao amore mio" can be read. The image-text scissors are programmatic. It leads nowhere and leaves the viewer perplexed, but also smiling. 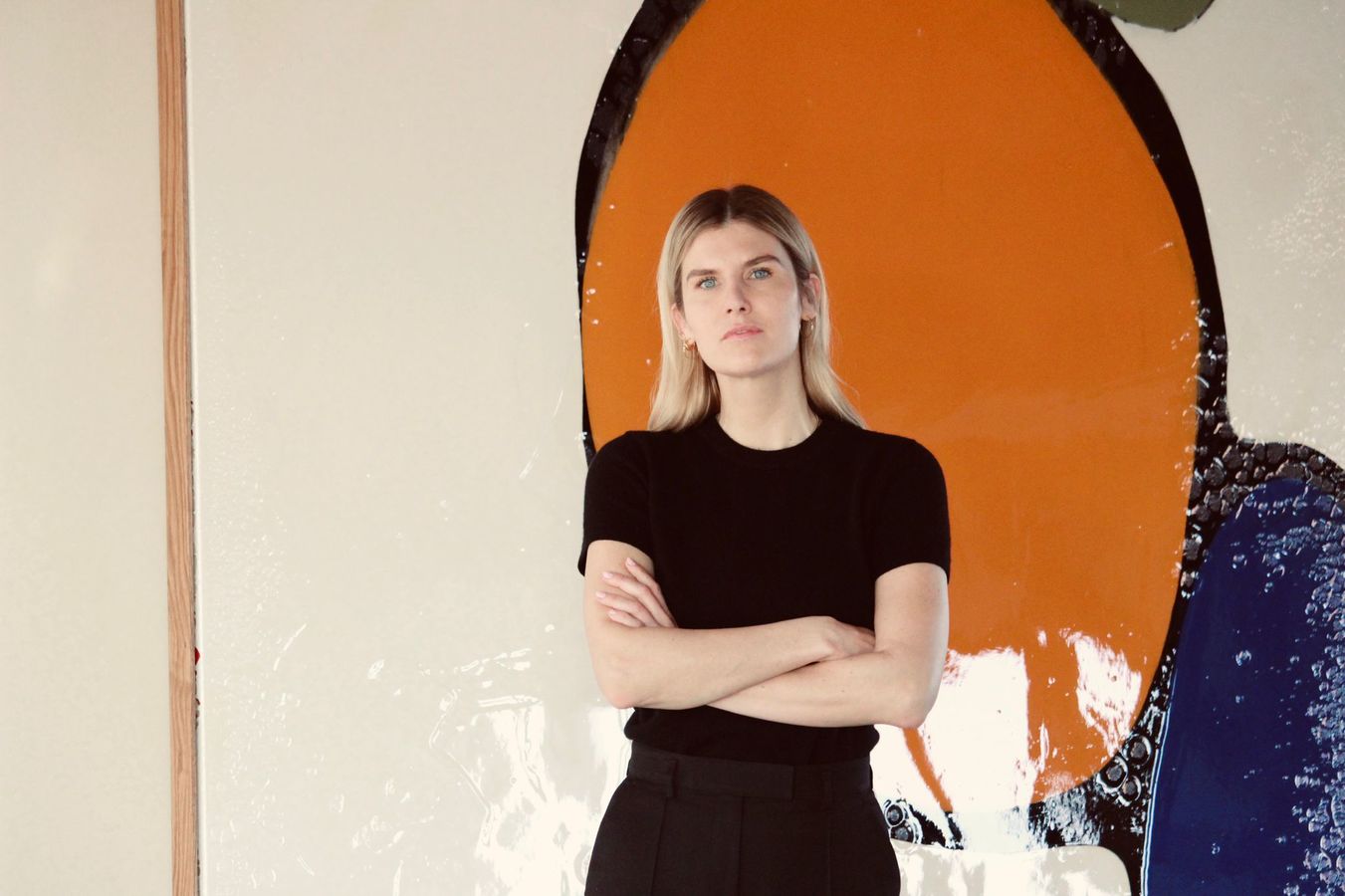 Danni Pantel (*1989 in Erlangen) lives and works in Berlin. She studied for some time at the HBK Braunschweig and has exhibited in solo & group exhibitions in Berlin, Hamburg, Beirut, New York, London and Milan, among others. Her paintings and sculptures are represented in national and international collections, including the Pizzuti Collection of the Columbus Museum of Art (USA) and the Mora Art Foundation (LIE).